All our meats are All Natural, No Preservatives, Vegetarian Fed, Antibiotic Free, Growth Hormone Free 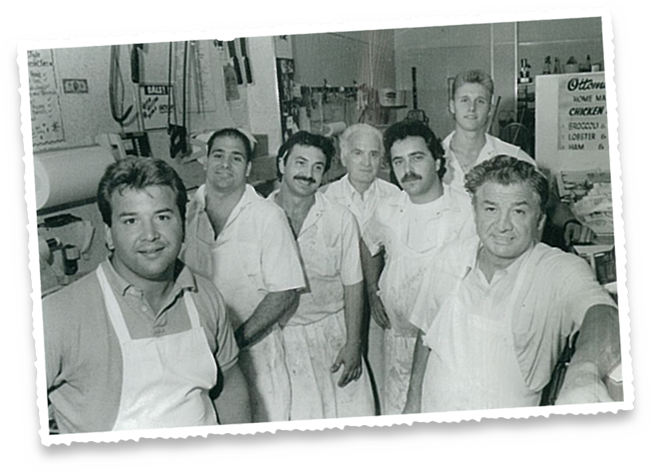 Ottomanelli is the oldest family owned and operated meat retailer in New York.

No other meat retailer in New York has been selling the finest quality meats and wild game meats since the early 1900’s, and still to this day is family owned and operated.

“Playwright Arthur Miller would buy Ottomanelli meats every week in the 50’s. My dad would deliver the order to the Mr. Chow building on 57th street which is still there today. A beautiful blonde would answer the door when my dad got to their apartment. He didn't know it was Marilyn Monroe until he saw her on TV." 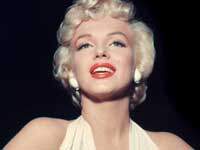 What sets Ottomanelli apart from other meat companies in New York?

Our family has built a reputation on simple yet strong core values and dedication. Ottomanelli seeks the best quality meats (and only the best) for our customers. We consistently offer our customers friendly and courteous service. And although our meat is celebrated for its superior quality, we are always fair with our pricing.

We offer our customers Prime Quality Meats and hard to find Wild Game Meats that most supermarkets and meat retailers don’t carry.

We Serve The Most Elite Customers
“I’ve known Frank Ottomanelli and the Ottomanelli stores for more then 25 years. They are dedicated to bringing their customers only the best quality meats and service. They are reliable and consistent. I highly recommend.”

Guiseppe Cipriani
President, Cipriani USA
“Over 50 years experience with three generations of the Ottomanelli family, as an early supplier and a consistent consumer, I’ve not experienced a more dedicated and consistent commitment to quality and service! Their expertise and care runs an exceptional course as each generation passes the torch to maintain an excellent standard and tradition. An uncommon and unique treasure.”
James Atlanta Ortenzio
Legendary Chairman of The Hudson River Park Trust
“I've known Ottomanelli for years. They’re a New York Institution. The best London Broil I have ever had, including restaurants and steak houses. Try it. The hamburger is a must as well.”

Joe Langhan
Creator and Co-Founder of The Food Network
"Ottomanelli are famous butcher shops from New York City. They are really reputable. I know the family. I have done an Emeril live show in their butcher shop. Their meat is really delicious. When I took Ottomanelli home my family flipped over the Ottomanelli steaks.” 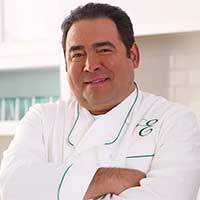 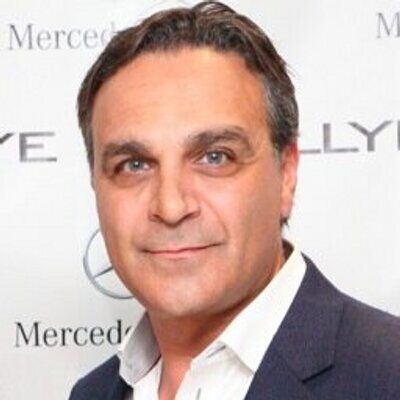 Onofrio learns the butchering trade from his grandmother in Bari. He returns to New York and with his brother, Joe, opens the first Ottomanelli butcher shop in New York City 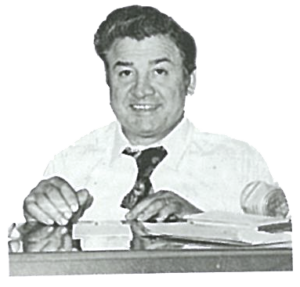 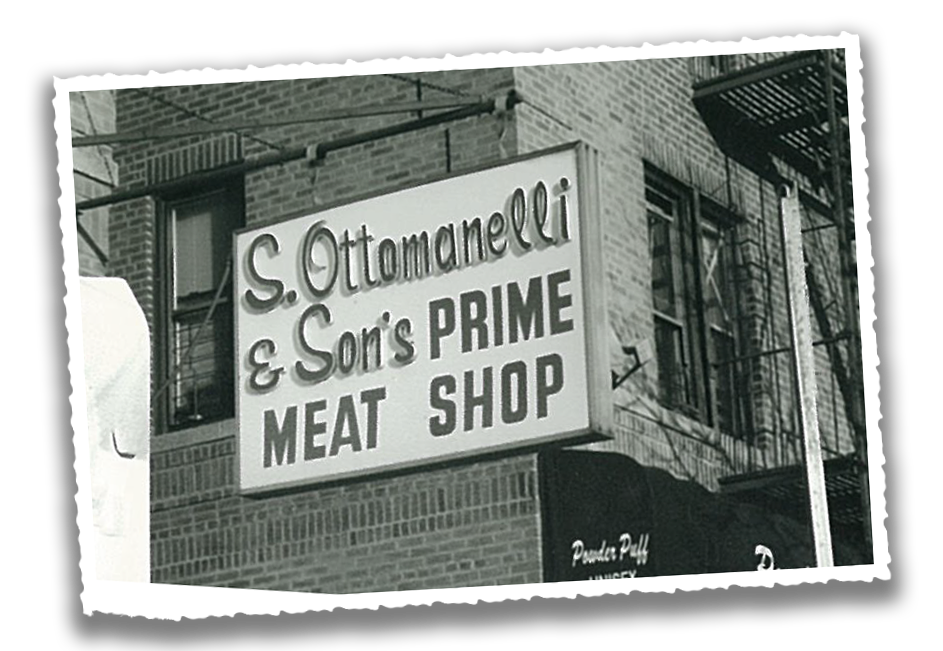 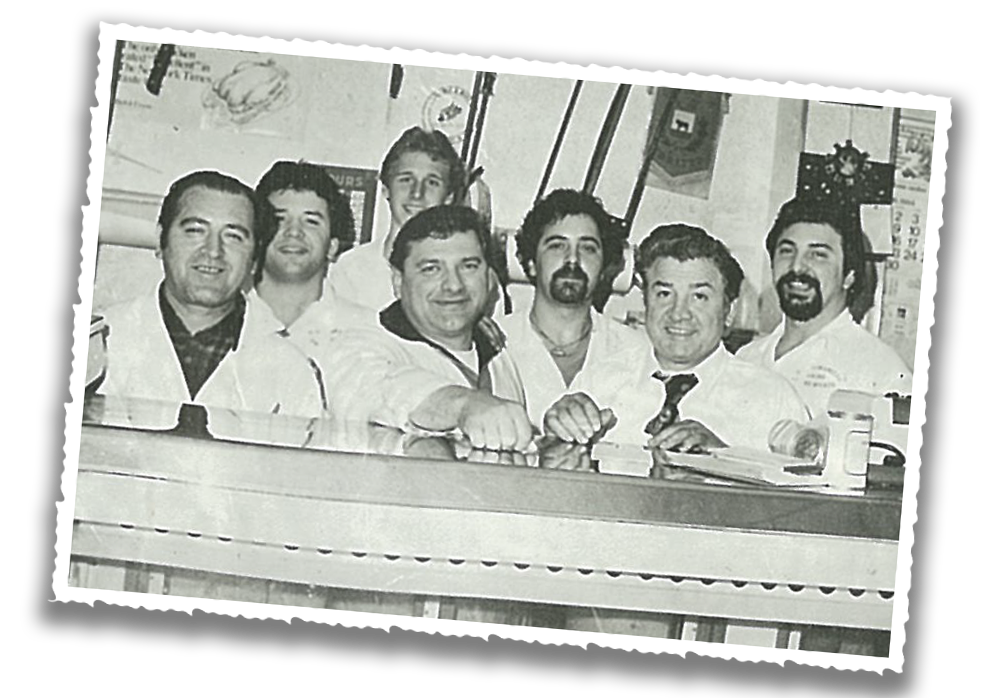 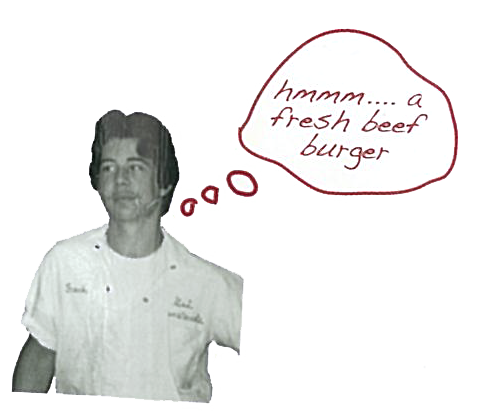 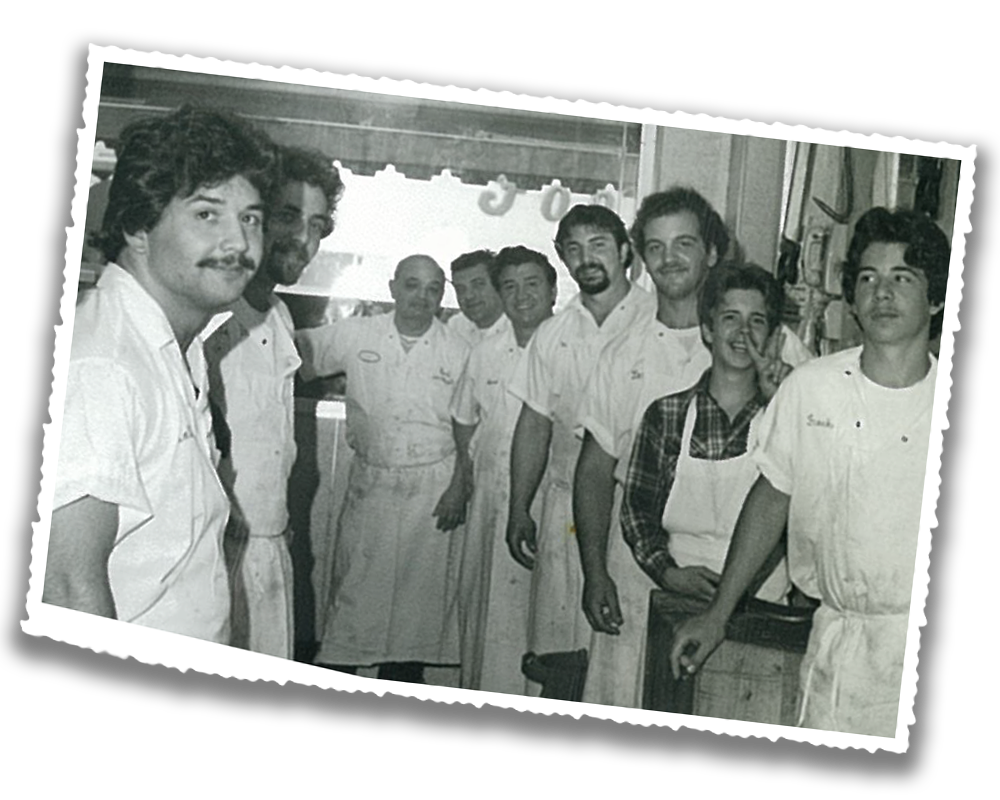 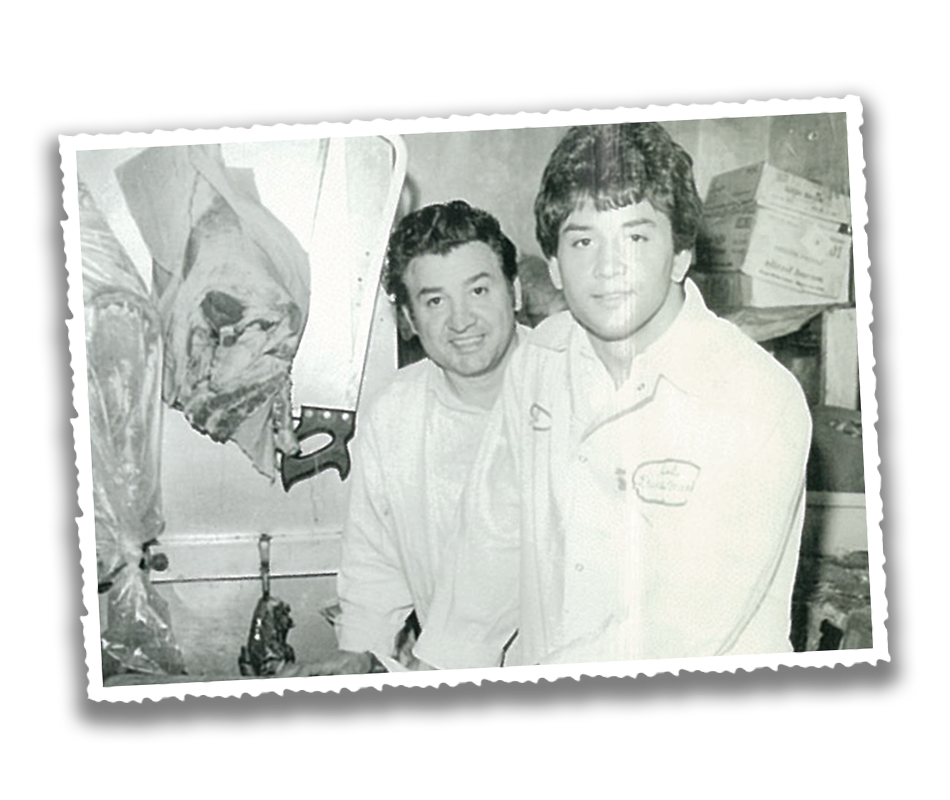 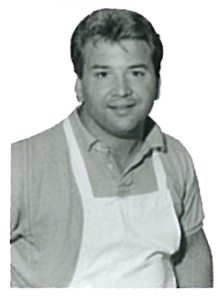 Michael Ottomanelli
takes on a family tradition with a smile 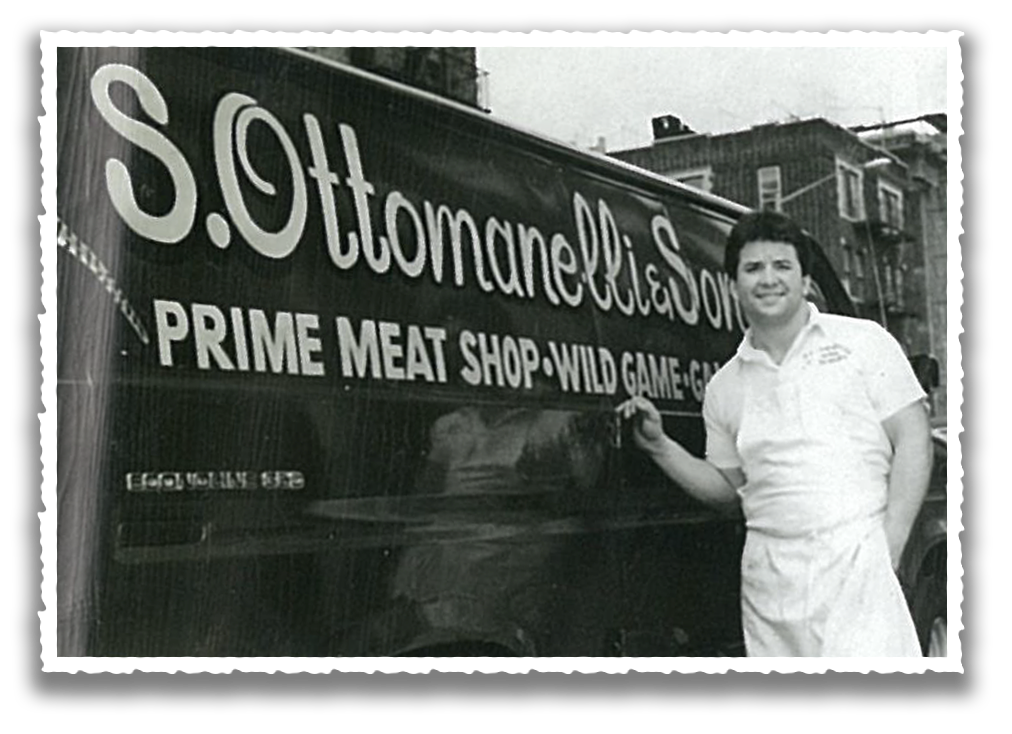 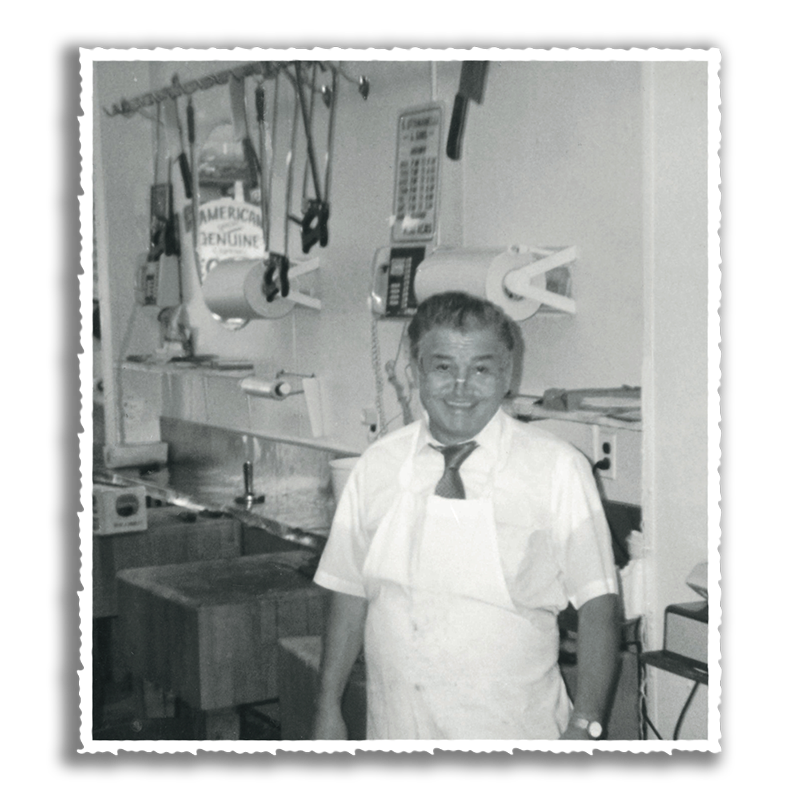 "In 1900, Gennaro Ottomanelli left Bari, Italy to seek his fortune selling cured meats from a Greenwich Village pushcart. This provided enough income to allow him occasionally to sail back home; sometimes he could even finance the travel of a few family members. Three years after Onofrio, his second son, was born in Manhattan, the boy was brought to his mother's family's farm in Bari. There he learned the butchering trade from his grandmother. In the 1930s, he returned to New York, where he and his brother, Joseph, ran the butcher shop that had supplanted Gennaro's pushcart." 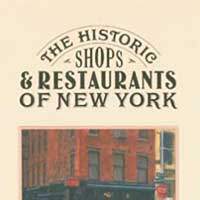 Delivery & Pickup: Delivery available to NYC, Nassau and Suffolk County. All deliveries will be scheduled with a follow up e-mail or a customer service call. Phone: 718-651-5544

View cart “Ottomanelli Supreme Meat Assortment” has been added to your cart.
“Ottomanelli has been my go to place for meat since I moved to Woodside over 8 years ago. They provide my turkey for Thanksgiving, my meat for cookouts, my bacon for breakfasts, and a place to come sit down in the restaurant when I have occasions to celebrate. Can’t speak highly enough about Frank and the entire staff there who know me by name and treat me like family.”
L. Steven TaylorBroadway/TV Actor, “Mufasa” in Lion King 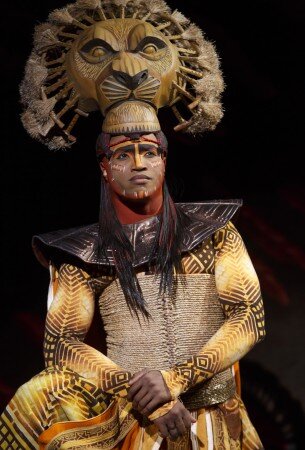 "I own five restaurants and I can tell you the Ottomanelli meats are the best quality you can buy. Their steaks are the top of the line. You can't get better quality anywhere. They have a reputation for great quality.”
Chef Jimmy Bannos 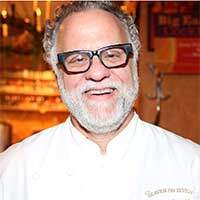 “I have known Frank Ottomanelli for years. He has provided the finest steaks to my various restaurants during that time. His quality of product and follow up service is the very best.”
Tony CapetolaOwner of The Carltun, Eisenhower Park in East Meadow
Previous
Next
"Home to possibly the "most personable butchers in the city", these Italian gems owned by separate branches of the Ottomanelli clan are the kind of "classic butcher shops" where the staff "knows its quality" prime meats, including dry-aged beef, housemade sausages and an array of game (everything from kangaroo to quail); the fact that "prices are within reason" makes legions of longtime customers all the more loyal; N.B. the Woodside branch has a line of kosher organic meats."
Zagat 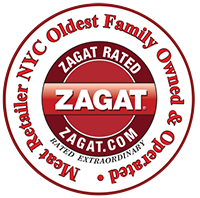 “I’ve been a Ottomanelli Butcher customer for over 25 years. The best Porterhouse steaks ever. These butchers know their craft. Just outstanding for quality and consistently.”
George MonasterioArchitect
“I’ve been going to Ottomanelli for over 10 years and I can say hands down the best steak and hamburgers. You can’t go wrong with Ottomanelli’s. Give it a try you’ll be back.”
Gary MelliusOwner Oheka Castle, Huntington, New York
Previous
Next